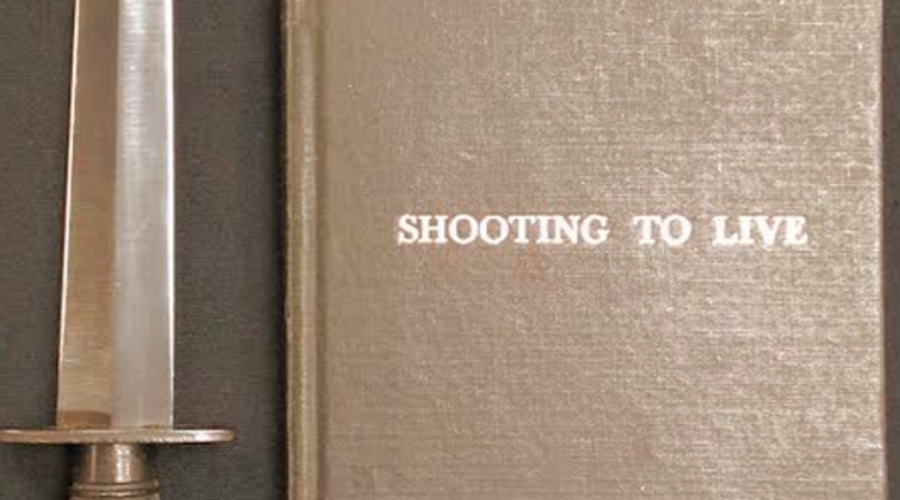 The Legacy of Fairbairn and Sykes

The 1920s ‘roared’, with Tommy Guns, prohibition, gangsters, and a level of violence that in many cases outpaced the ability of law enforcement to keep up.   While New York and Chicago were well known for their fair share of this violence, it might surprise many to learn that the most violent city in the world at this time was Shanghai, China.

Within Shanghai, there was a large international presence among the population, and the Shanghai Municipal Police Force was multi-national as well.  Two British Army Captains, William E. Fairbairn and Eric A. Sykes were part of this force.  Fairbairn joined the force in 1907 and specialized in hand-to-hand combatives, to include Jui-Jitsu, Judo, Boxing, and Wrestling.  Sykes joined the force in 1926 as a firearms specialist and was ultimately put in charge of the sniper unit.

How active were they?  During their careers, in addition to hand to hand and edged weapon encounters, they attended over 2000 riots and 666 incidents where shots were fired.  That’s a LOT of activity.  Fairbairn himself was involved in so many back-alley street fights with thugs, that his body, to include his palms, was a mass of scars.  Fairbairn and Sykes were ultimately put in charge of training.  In these roles, they created the world’s first SWAT team, and turned the Shanghai Municipal Police force into an organization that started WINNING gunfights against the criminal element.  By the time of their retirement from the SMP in 1940, they had amassed an incredible body of knowledge about combatives, knife fighting, and gun fighting.  Is this their legacy?  Actually, this was only the beginning.

In 1940, Captain’s Fairbairn and Sykes were called back to England.  Winston Churchill was very forward thinking, and knew that in order to defeat Germany, they would have to fight behind the lines, and fight dirty.  Accordingly, when Fairbairn and Sykes arrived in England, they were approached by the SIS (Secret Intelligence Service) to set up a training program for SOE (Special Operations Executive), and the newly formed British Commando units.  The SOE consisted of many civilian operatives who would be parachuted behind the lines in occupied Europe to set up communications, disrupt German operations, steal information, commit sabotage etc.  These operatives often didn’t come from a military background, so they needed to be trained quickly and efficiently in close quarters fighting, to include both knives and guns.

The British Commandos were also trained in these close quarters fighting methods, to include ‘silent’ killing…..the ability to quickly and quietly neutralize German sentries.  In fact, the Fairbairn-Sykes Commando Dagger was created just for this purpose. They were taught to use the Thompson Sub Machine Gun, which Fairbairn and Sykes had used quite affectively in the streets and alleys of Shanghai.  They were also taught the use of Britain’s new Sten Sub Machine Gun.

The methods that Fairbairn and Sykes taught were so affective, that other nations, including the United States, sought to learn this style of fighting under British instruction.  The American group was the OSS (Office of Strategic Services) under the direction of William ‘Wild Bill’ Donovan.  The Americans used this information to not only field civilian operatives, but also commandos, and the newly formed OSS Maritime Unit, which used agents to infiltrate and supply resistance groups by sea, conduct maritime sabotage, and more.

What made the Fairbairn and Sykes training standout?  Fortunately, they wrote a series of books, to include illustrations, which gives us insight.  In 1927, William Fairbairn wrote ‘Defendu’, which dealt with hand-to-hand combatives.  In 1942, Fairbairn and Sykes co-wrote ‘Get Tough’, which was an updated version of Defendu, specifically aimed at the Military….and silent killing.  In 1942, they also wrote ‘Shooting to Live’. 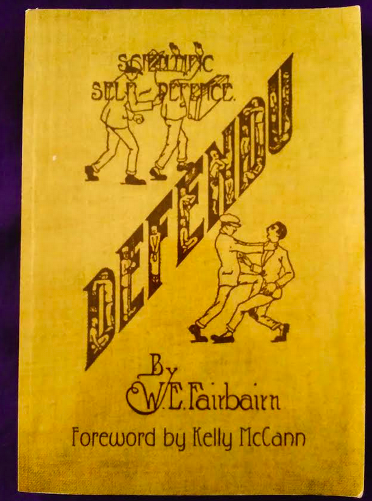 In Shooting to Live, Fairbairn and Sykes give the following guidelines:  While the revolver was the primary fighting handgun of the day, Fairbairn and Sykes recommended the semi-auto pistol instead.  They also expressed a preference for a large pistol, as opposed to a small one.  This is due to the larger pistol being easier to shoot.  They outline the body’s ‘instinctive’ reaction to threats, noting that in their observations, shooters will lower their center of gravity (crouch), and orient their feat towards the threat.  They teach to bring the pistol to eye level, to fire as soon as the pistol reaches eye level, and to shoot ‘multiple’ rounds (2-3, etc). In their observations, gunfights typically occurred at close quarters…..definitely inside of 12 feet.  Accordingly, they start at a distance of 6 feet for training distances and specify an accuracy level of a 6-inch group.  Once the trainee can achieve the 6-inch group, the trainee is then allowed to go out to 12 feet.

When the trainee can achieve the accuracy requirements within the specified distance, then they are taught to shoot under varied and changing conditions, including on the move.  If you are a student of ours at Openrange, I’m guessing that at this time the ‘lightbulb’ just went on, and you would be correct:  You now have an idea of one of the sources that has strongly influenced our training here.

We now know, of course, that the allies won WWII, and the behind-the-scenes operatives taught by Fairbairn and Sykes were a part of that.  SIS, which recruited Fairbairn and Sykes to help train SOE, still exists…it’s now known as MI6. The British Military Commandos are now known as SAS (Special Air Service) and SBS (Special Boat Service).  On the American side Delta Force is modeled after the British SAS.  The OSS of WWII fame is now known as CIA.  The OSS Maritime Unit is now known as Navy SEALS.  If you look at the patches of many special forces, not just in America but around the world, they will often have a Fairbairn-Sykes Commando Dagger as an emblem on their patch.  This is as a testament, and a respect to their origins. 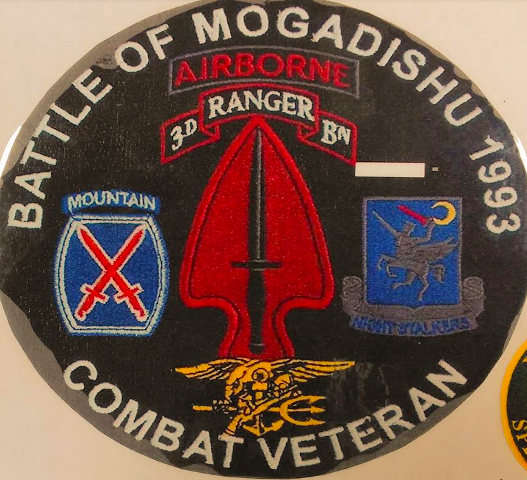 Leonard Hector Grant-Taylor was one of the original 12 instructors taught by Fairbairn and Sykes.  During WWII, he relocated to Palestine, and taught these tactics at the Middle East School of Small Arms.   In 1943, ‘The Palestine Police Force Close Quarters Battle’ manual, also known as the ‘Grant-Taylor Manual’ was published, detailing this training.  The Israeli Combative Pistol Shooting method still in use today bears strong resemblance to the methods taught by Fairbairn and Sykes, and in the Grant-Taylor Manual.

In 1976, a former OSS operative and instructor named Colonel Rex Applegate wrote his own book, entitled ‘Kill or Get Killed’, based on what he learned under Fairbairn and Sykes. 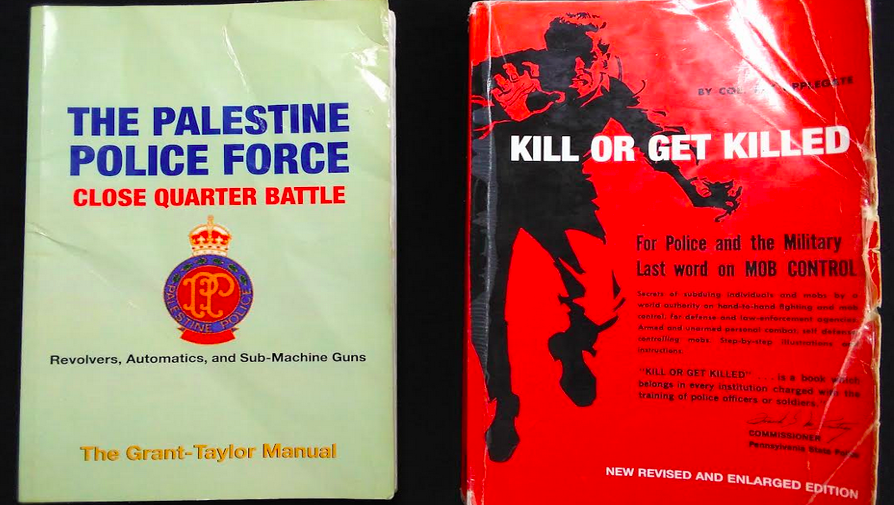 Are the Fairbairn and Sykes methods still viable?  As I stated, this has a strong influence on what we teach at Openrange, although we of course infuse what we do with constant, updated information.  As to a modern testament to Fairbairn and Sykes, on December 29, 2019, a British SBS operative was attacked inside of a room by two ISIS fighters.  During the melee, his gun was knocked from his hand.  He pulled his Fairbairn-Sykes knife and killed one of his attackers.  The other attacker fled but was later captured.  I think that serves as a solid testament that some of the teachings of Fairbairn and Sykes can still be affective in our modern day.