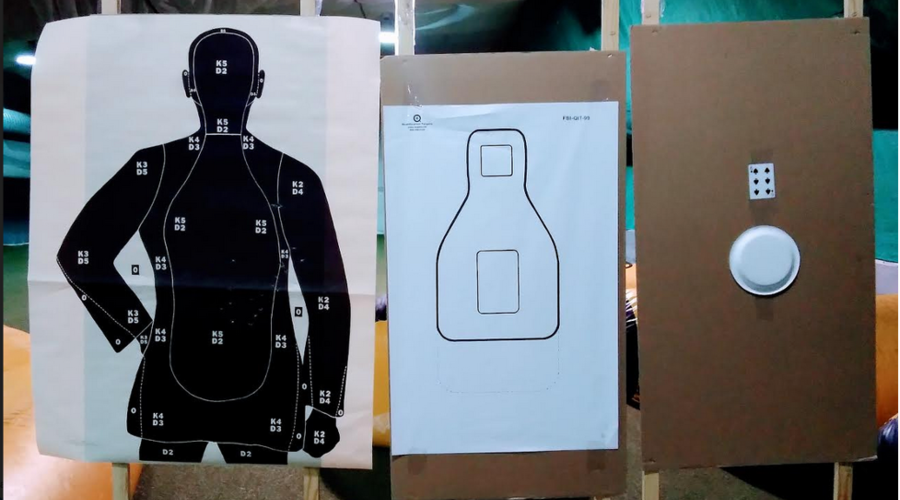 Firearms Training - The LCD vs Raising the Bar

The LCD vs. Raising the Bar

I’ve been a firearms instructor for 21 years.  14 years of that was in the law enforcement sector, and the last 7 years has been in the private sector.  Early in my career, I was surprised to learn (from a major training academy) the concept of training to the LCD, meaning the Least Common Denominator.  Basically, this means that if I’m teaching a recruit class or group of officers, anything that we do in training must be passable by the weakest performer in the group.  In other words, the standard is low enough that ‘the group’ of students can pass it with a fair amount of ease.  Those who have the potential for more ability are only trained to the deliberately low standard.  Think about that for a minute.

Opposite this is the idea of Raising the Bar, meaning that you have a deliberately high standard, and you push the student to meet the standard.  This is with the understanding that not all will pass, but those who do make the grade are obviously at a higher level.

How do these training concepts fair in the real world?  According to the Rand and Lott reports, as well as FBI statistics, law enforcement officers have a 17 to 20% hit rate in actual gunfights, but the figures can go up to 34% if no one is shooting back at the officer.  Some departments do in fact have better stats.  In the private sector, Tom Givens of Rangemaster has trained thousands of students, and of those, 63 have been in gunfights after having received his training.  Their stats? Rangemaster students have a documented 95% hit rate! 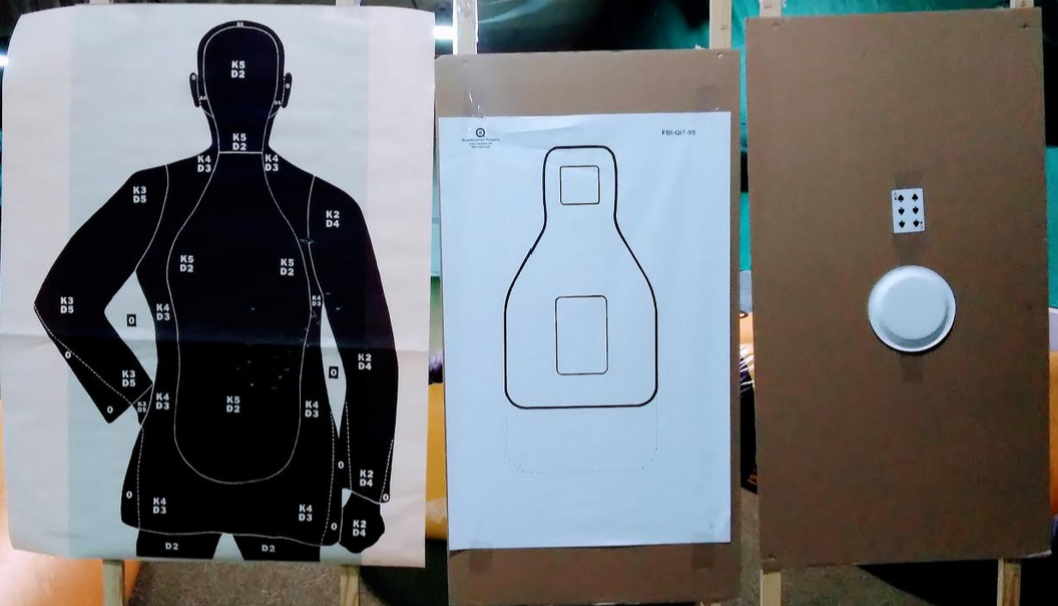 The black target on the left is called a B-21 Silhouette Target.  This target, or some variant thereof, is the standard target used in many law enforcement qualifications.  Officer’s will shoot a ‘qualification’ course on this target once or twice a year (depending on the agency).  Qualifications (once again depending on agency) will be anywhere from 36-60 rounds fired.  The accuracy standard to pass is generally 75%, meaning that you must have 75% of your shots in the black portion of the silhouette to pass.  Officer’s (with exception) will rarely shoot/practice outside of that once or twice a year qualification, although warming up prior to shooting the qualification is common.

The white target in the middle is called the FBI QIT-99 Target.  FBI Agents will qualify on this target four times a year, and the standard to pass is a minimum of 80% of the shots inside the lines of the silhouette.  The standard to be an FBI Instructor is 90%.

The target on the right is comprised of a 6 7/8 inch paper plate and a playing card.  This is the standard that we use at Openrange, but other shooting schools will have their own variety of smaller targets.  For example, one of the standards that Tom Givens of Rangemaster likes is the 5x5x5 Drill, which is shot on a 3/5 Index Card (or specialty target).  The thing is, along with smaller targets, we are talking about utilizing tight time standards, and the standard to pass is 100% accuracy (no misses).  However, we take it a bit further, in that our qualification courses of fire shot on these smaller targets are shot ‘without warmup’, meaning that you must be able to do them on demand, and at will.  As to frequency of training, the minimum we suggest is once a month, but many of our students will do such drills/qualifications once a week.

Mind you, all of this simply deals with firearms marksmanship standards.  We also advocate frequent Judgmental Shooting training, as well as Force on Force training, which means that you work at (via Simunitions or Air Soft) making real time decisions against live, breathing, unpredictable human beings.

Obviously, these are different training standards, which gives insight as to why there are different outcomes.  With that said, law enforcement training frequency is generally affected by manpower, budget, and logistics.  Getting officers to the range more often is a major challenge (but can still be done).  However, a higher training frequency will generally necessitate a bigger budget.  I’m of the opinion that there needs to be ‘rethinking’ as to training content for law enforcement, as well as expanded budgets for training.

Taking all this information into consideration, what is YOUR level of training?  Are you training to the LCD, or Raising the Bar?

I practice defensive pistol at an IDPA-type outline traced with pencil-thin QIT-99 scoring zones. I shoot at the whole silhouette, but score only the QIT target (5/3/0 or down zero, down two, and "miss"). This seems more realistic to me than considering a "whole person" the effective target, or shooting at just tiny "point" targets. The "whole person" will most often be reasonably visible as the available aiming point, but will rarely have "effective hit" zones clearly marked.

My objective is to achieve 95% accuracy, then to maintain that level while reducing elapsed time. I believe that has been more effective for me than trying to make myself more accurate while shooting to an arbitrary time standard.

As a civilian CCW, I don't train for endurance events, nor really care how well I might shoot "warmed-up". I try to make my practice as "cold" as practical by shooting a given string of fire only once per session — unless I identify a specific error or fumble I wish to correct in a make-up attempt. I will also break the strings in time and focus by making notes, fixing targets, policing brass, watching birds, etc — to make each start signal from as "flat" a mental state of readiness as I can create during a purposeful practice session.

I don't know whether this approach is as efficient or as effective as a thousand-round "hell week" under a professional trainer, but it has produced significant improvements in my personal performance — measured by time, accuracy, and consistency.
A. Holt - 17 Jun 2021 @ 02:34
Our law enforcement definitely need more training including shooting, negotiating and interpersonal skills. I hate to think as a new shooter my accuracy is better then there’s. (19/20 last time)
Dennis Pruitt - 16 Jun 2021 @ 08:59
Outstand content and perspective! I appreciate you!