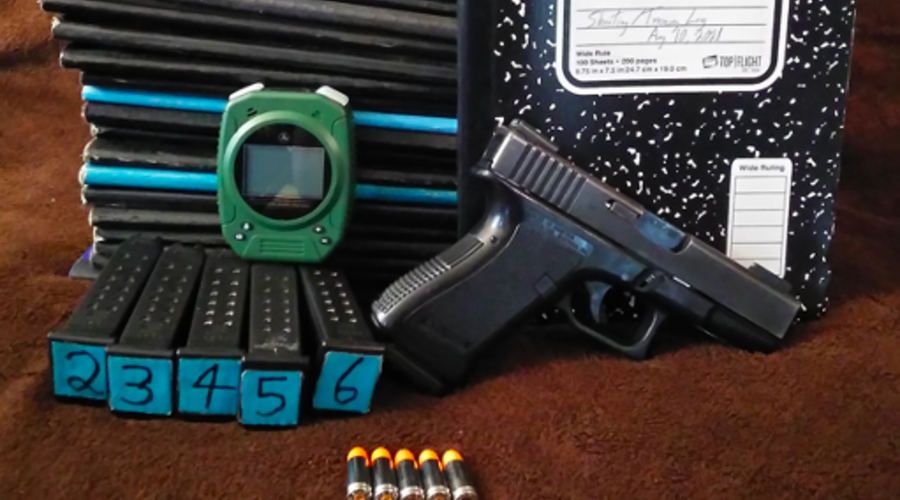 A Life Lesson About my Greatest Opponent

I’ve lived a competitive life.  I started lifting weights at a young age, and ultimately started competing in powerlifting in 1981.  By 1988, I had won a World Championship, two National titles, a host of other titles, and set or broke 42 records.  Back then, and even now, I considered it to be a privilege that I was able to share the lifting platform with people who I looked up to and admired.  There is a photo (the photographer actual won awards with it) showing me jumping into the air to celebrate after smoking a 585-pound deadlift at the National Championships.  Now? I no longer have hair, I have no intention of jumping into the air to celebrate anything, and I tend to get quite a bit of enjoyment out of a good meal.  One thing hasn’t changed.  Although it’s no longer at competitive intensity, I still love a good workout.

I ultimately left the competitive lifting world and got into competitive shooting.  I did that for 22 years, winning quite a few competitions, to include Top Gun Awards.  I no longer compete, but I still put a fair amount of effort into improving my shooting skills.  More on that in a moment.

Over the years, I moved between states and residences, ultimately downsizing.  In the process, I got rid of many of my lifting trophies, retaining only a few.  When I told my cousin (who travelled to several competitions with me) he was shocked.  He said, “Man, you worked you’re a$$ of for those!”  In truth, there is a bit more to the story.

As a firearms instructor, I’m passionate about my craft, and I put considerable effort into achieving two of my primary goals, that of being the best shooter, and best instructor I can be.  Part of this is about keeping my mind open and continuing to be a student……to always ask myself if what I’m doing or teaching is the best way, or if it can be improved. To this end, there are things that I was initially taught about shooting that I no longer do…...I had to ‘unlearn’ certain things.  When it comes to instructing, there are some things in the past that I taught that, upon reflection, weren’t the best practices.  I want to make sure the information I’m passing on to students is relevant.

On the range, I’m constantly working on all elements of shooting:  How is my footwork, can it be improved?  If I move up two inches when going from point 2 to 3 during the draw, will my presentation be more efficient?  Is my trigger press as smooth as it can be?  Will another cover garment work better?  I shoot what amounts to advanced drills/qualifications every week, which I log in a book to track my progress.  I’ll even video some of my range sessions, review the video, and make improvements, then go home and do ‘dry work’ to push for improvement……and then back to the range to conduct live fire to verify that I’m moving in the right direction.

Why am I, at my age, still pushing for improvement?  You see, the lesson I learned through all that competition is that it was never about winning first place, it was never about a trophy, and it was never about ‘beating the other guy’.  The value was in the time spent in self-improvement.  Maturity has allowed me to understand that it’s about being better today than I was yesterday and being better tomorrow than I am today.  The person who I’m trying to best is the man in the mirror.  That’s my greatest opponent.